This got the board booting but it failed to get past self test, it complained about the eeprom and 2F / 3F. Powering off, holding down the test switch and powering on again fixed the eeprom issue but not 2F / 3F. 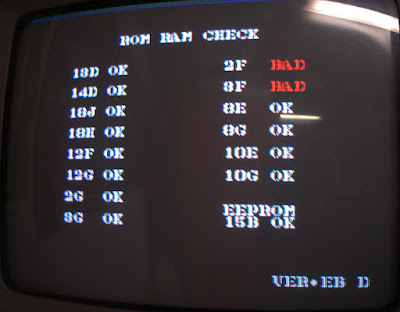 2F is the sound eprom which was corrupt but burning a new one with the correct data from mame made no difference. 3F is the 6116 ram for the sound section. I desoldered the ram but it tested fine, I started probing around the sound section and again found more stuck address lines on the cpu (Z80).

I replaced the Z80 and the board now passed self test everything looked good but the sound was just a constant noise with odd samples playing randomly. Interestingly the maskrom test wouldn't complete either, it just crashed after a few seconds. The only thing that made any sense to be causing this fault was the konami 053260 custom. 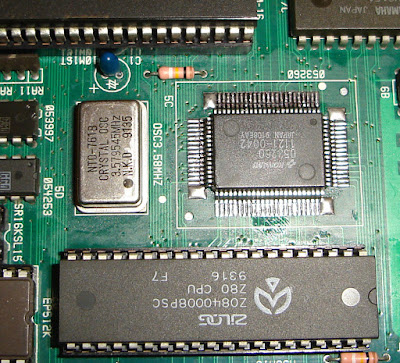 I removed the 053260 chip and then took a working donor from a Golfing Greats pcb, this fixed the sound completely. 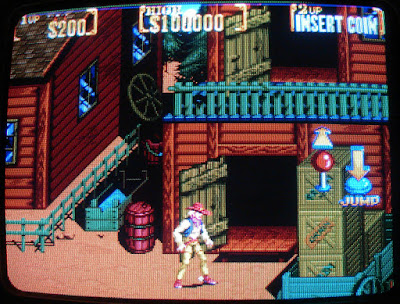