This repair has been going on for quite a while, first the custom for the I/O near the edge connector was missing (snapped off) when I got the board and the custom CALC1 chip was also bad. I bought a working Gals Panic off ebay for both these parts.

I also had to replace several missing and bad maskroms with eproms, this got the board running but it had a very annoying intermittent issue with the background flickering and disappearing. 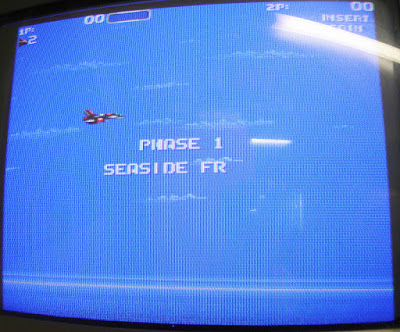 Half the cloud is missing, it would also effect the buildings later in the level.

Probing around with my logic probe while the fault was visible I was eventually able to hear the issue. Thanks to my logic probe having a audio / beeper feature, I confirmed on the scope I was getting an invalid output from one of the 74LS352s. 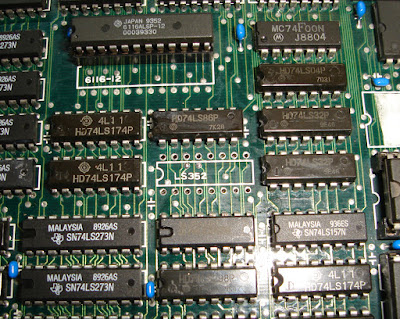 The bad 352 removed and waiting for a new one. Any other TTL on this board I have plenty of spares but not a single 352 so I had to order some and wait. 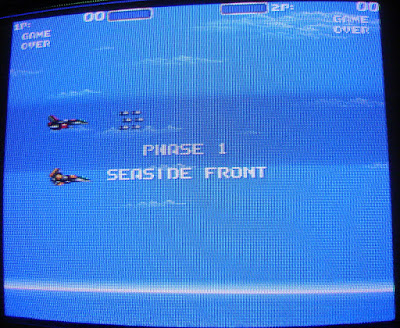 With the new 352 fitted the background is restored, repair complete.
Posted by Ace` at 18:30