Block Block was Capcoms answer to Arkanoid and it's an okay version at best, a much better game on the same hardware is Pang / Buster Bros. This conversion is pretty straight forward but you will need to make a jamma adapter even if you have one of these.

This is the official Block Block jamma adaptor but it won't work with Pang as the controls are different. 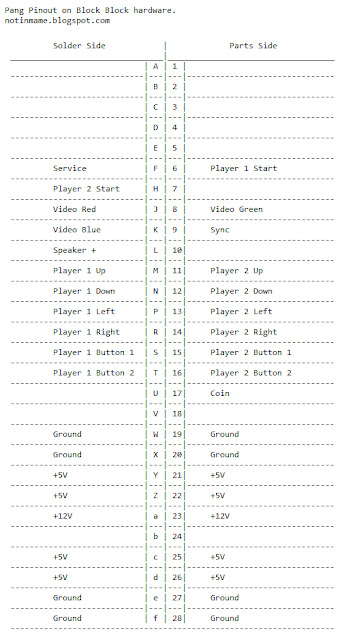 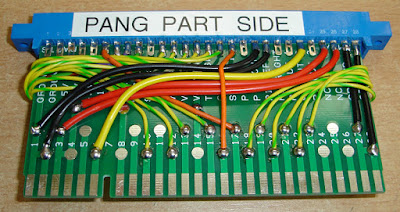 Now on to the conversion itself, mine had been stripped of eproms and all markings on the board suggests non jedec type 27C301 eproms would be needed but actually four need to be the standard 27C010 type.

There's two options as far as which version of Pang to run you can either use the decrypted version from Arcadehacker posted here or you can use his method to reprogram the original Kabuki cpu that requires an Arduino Uno and a battery to be fitted to the board. I went for the easy first option but may try the other option at a later date to see how Super Pang handles on Block Block hardware (it should work fine).

With the no battery / decrypted roms option you still use the Kabuki cpu but you need to either have 28 sticking out of the socket or remove the resistor at R40 (which is what I did).

Now you need the mame rom pang.zip for the rest of the conversion. Mame usually has useful file names with locations but not in the case of pang. 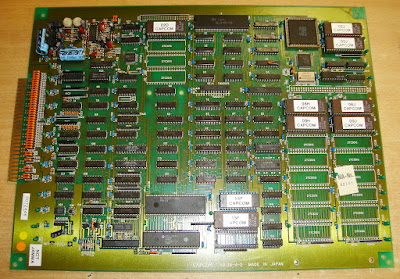 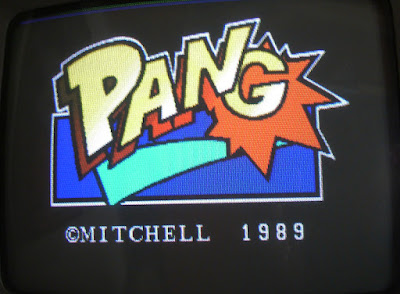 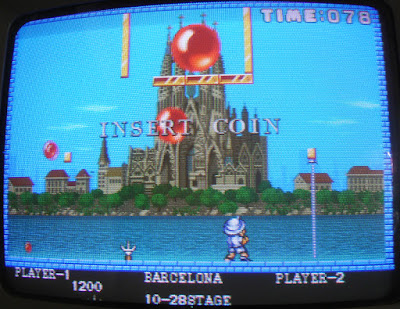 Conversion complete.
Posted by Ace` at 16:39