Since Hakko put the price of their filters up for my desoldering station (and other models) I've been looking for alternatives.

RS sell some cheap filters for their rebranded Pro'sKit SS-331H station and the cleaning rods are very good too (much better than Hakko's version). The filters are slightly larger than the ones used on my 474 station though.

CDJump on the KLOV forums came up with a great solution, using a metal hollow punch meant for leather and a ceramic paper blanket from china (ebay) to cut his own. 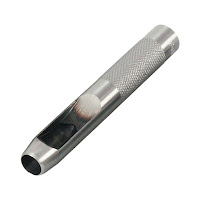 I got two hollow punches to cut down the RS filters, this worked great for the 3mm x 16mm filters used in the station. The filters used in the gun should really be more like 5/6mm thick though. Also the blanket has since sold out so I went looking for something else.

I found some 3mm and 5mm ceramic paper sheets (A4 size) on ebay which are perfect. A search for ceramic gasket should bring up something similar. 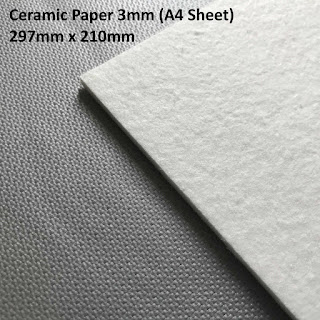 From a single sheet I was able to make over 200 filters. 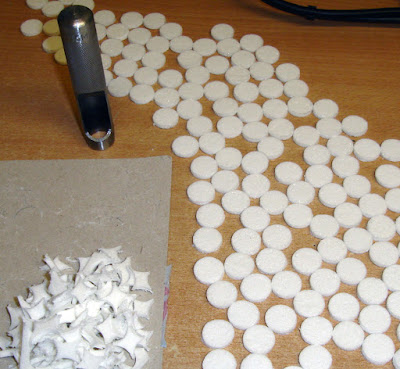 The hollow punches can also be picked up from ebay for about £5 each. 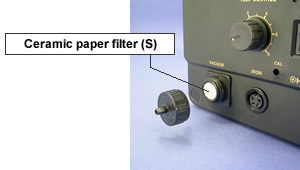 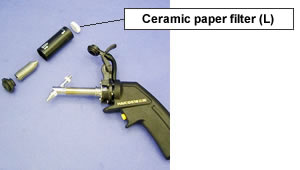 It's quite well known and documented that you can convert Street Fighter 2 Champion Edition to Hyper Fighting by simply replacing the three program eproms (6F, 7F and 8F). 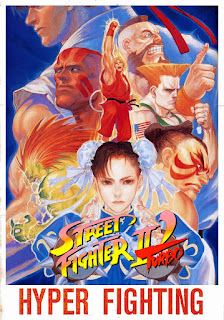 Turbo Hyper Fighting upgrade / conversion isn't quite as simple, it also requres three graphics roms to be replaced. You will need the sf2hfj rom from mame (and sf2hf if going from CE).

If you started with a Champion Edition board you'll also need to replace eproms 21 and 22 (6F, 7F).

I also suggest installing a 12mhz oscillator in place of the original 10mhz if you don't have a 'dash' motherboard, so that the game runs are the correct speed.
Posted by Ace` at 19:57 No comments: 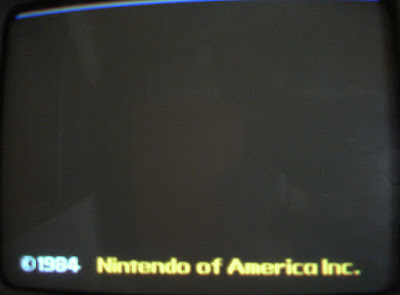 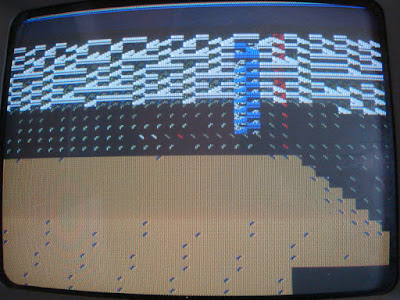 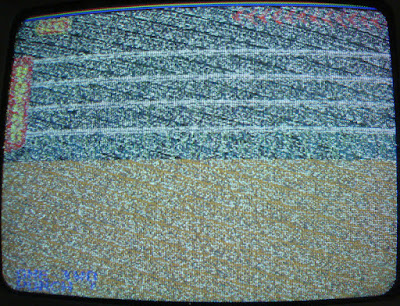 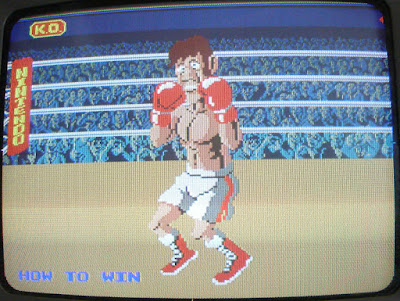 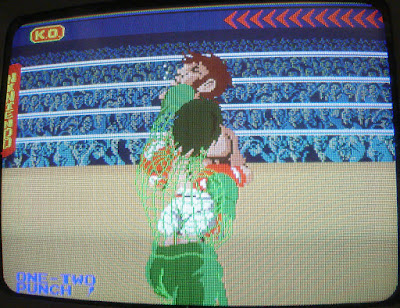 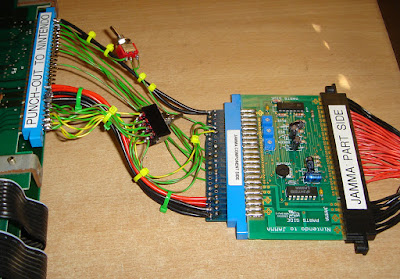 The switches are to flip between top and bottom monitors and the other switches between the two audio channels.
Posted by Ace` at 12:36 No comments:

Thought I'd note this quickly as it has caused some confusion on a couple recent board repairs. 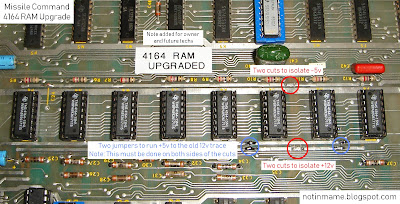 The cuts need to line up with the via on the back of the board where the 12v and -5v come through, if you hold the board up to light you can see it a lot clearer and mark where you need to cut with a sharpie.
Posted by Ace` at 17:19 No comments: 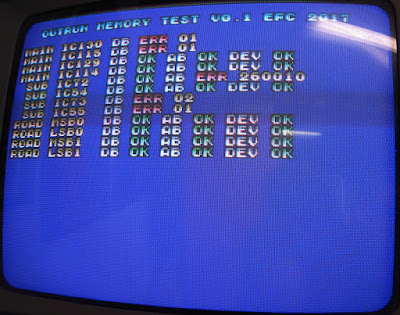 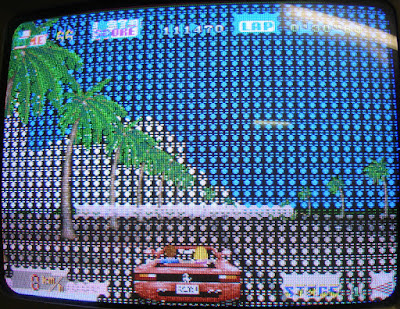 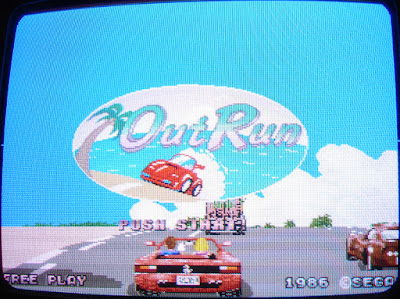 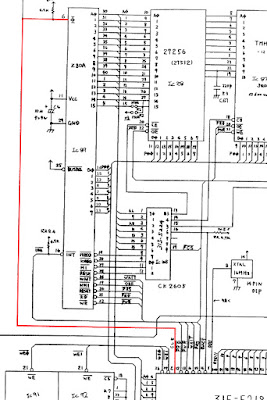 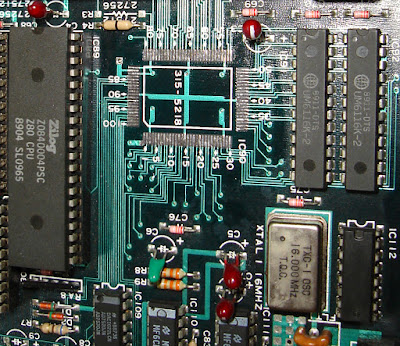 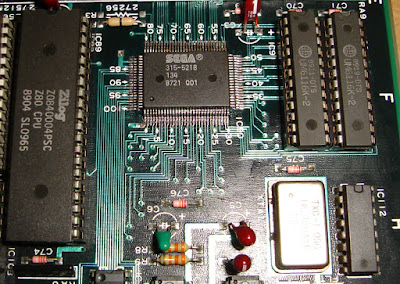 I've been after a Vectrex forever but the right deal never seemed to come along plus I didn't like the idea of having a vector tube sent through the post. A local one finally dropped in my lap and with a nice selection of games too.

The only problem was it was completely dead, checking the easy stuff first the fuse in the plug and the one inside were both fine. I could tell right away from the missing and mixture of screws that someone had already been inside before but luckily they seemed to give up when they saw the fuse was fine and they didn't damage anything. 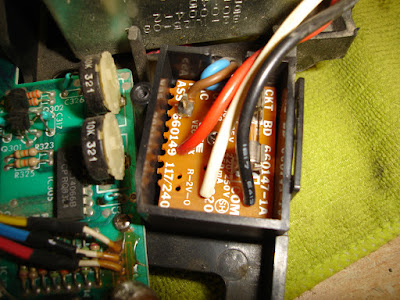 Checking the output of the transformer and it was completely dead, a bit of research online and this is quite a common issue. I had a look for a replacement but the one maplin used to sell which is known to be an ideal replacement they no longer stock. I found another on ebay that was a good match but rated for 4amps where as the original is rated for 3amps (or possibly 2?) I was worried it would be too big and require some case modification that I'd prefer to avoid.

While continuing my search I found this very informative video here https://www.youtube.com/watch?v=zIqCVLveSys&t=1322s which shows how to repair the original transformer. It seemed that my transformer might be fine and the only issue is a bad thermal fuse hidden in the windings. You don't have to dig too far into the transformer to bypass or replace it either.

Here's my teardown, bypass of the fuse and rebuild. 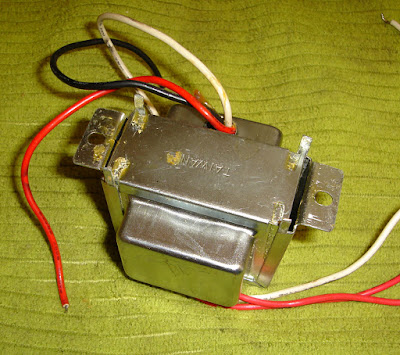 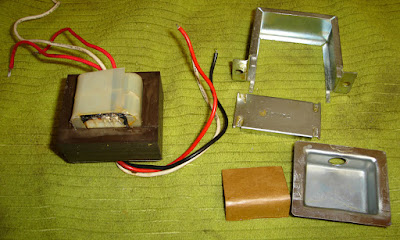 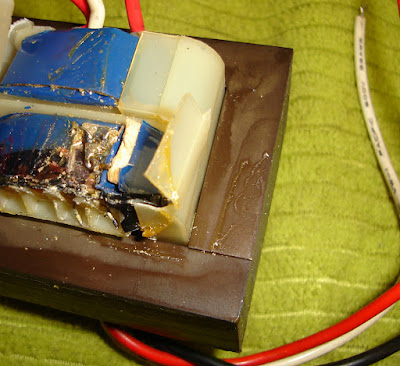 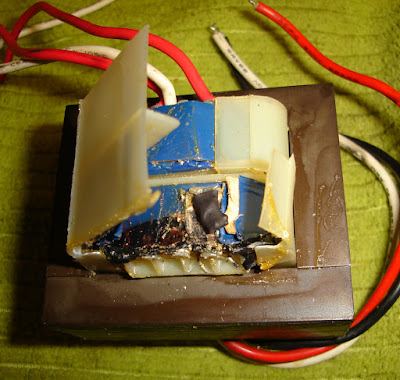 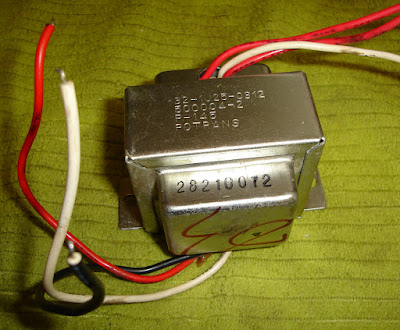 The glue is all dried up so it was very easy to pry open, I dug into the insulation snipped the two wires for the fuse twisted them together and soldered them. Then a small bit of heat shrink sleeving (not necessary).

I sealed it all back up and fitted / soldered it back into the vectrex it fired up first time with no other issues.

Thinking about it afterwards I didn't have to tear into the transformer as far as I did, with the metal cover removed from the 18v side the two wires for the fuse are visible at the edge, I could have just soldered a wire or old capacitor leg across them or if I wanted to be fancy a new thermal fuse.

The thermal fuse really isn't needed though, there's already two fuses on the 240v side.

So there you have it, repair your old transformer don't replace it and a big thank you to Hugo B. on youtube. I don't think anyone knew about the hidden fuse until his video, I certainly didn't. :)
Posted by Ace` at 19:33 No comments: