I wasn't planning to log this one which is why there aren't any before pictures but there turned out to be quite a lot wrong with it.

First thing I had to do was clean it as it was filthy, powering it on just gave a black screen. On closer inspection all the sockets needed to be replaced as they were badly corroded.

This got the top screen to work but the games weren't listed or running. This is usually down to bad Sony CXD1095Q chips, I ordered a couple from aliexpress and replaced both of them. This fixed the games not loading / displaying issue but it also revealed new problems.

The graphics were missing and just displaying noise and blocks, this was down to the two video drams that again I had to order. I found some nice new old stock M5M4C264AL-12 on ebay which are the same type and speed rating as the originals.

Now the games were playable but I noticed certain sounds were missing, 'Sega' and the ring collecting sound in Sonic were missing along with a lot of other sounds. This was due to a bad YM2612 which thankfully I had some spares on hand and didn't have to wait a third time.

I also noticed the red output on both screens was quite weak, especially on the main screen. This was due to faulty and leaky transistors, replacing them fixed the problem.

That looked to be everything but I found one final fault, about half the dip switches weren't working. Replacing them with new ones fixed the problem and the board is finally 100%. 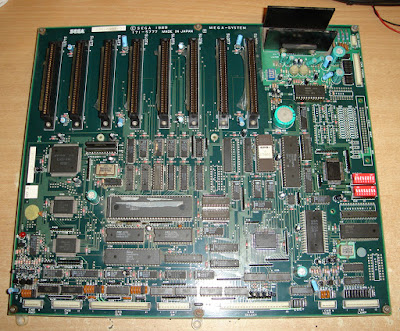 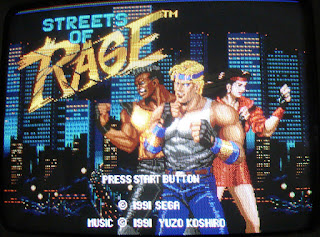 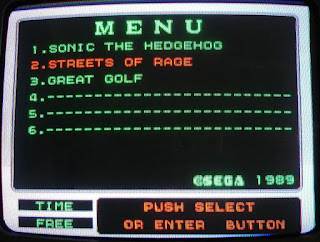