I picked up this Atomiswave motherboard in a recent trade, I've been after one for years as I had a Metal Slug 6 cartridge (bootleg) that I haven't been able to play. 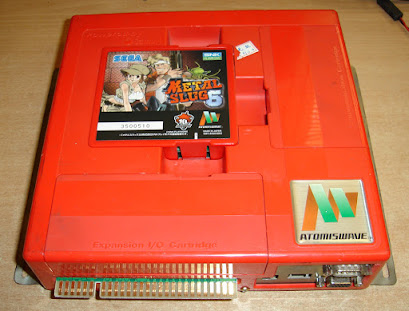 It worked great but the original fan was screaming and very distracting. 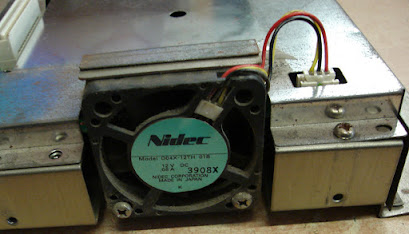 I used to get some nice silent red 40mm fans from ebay for CPS2 motherboards, this would have been perfect as it would have matched the Atomiswave case. They're no longer available though so I had to find something else, I ended up settling with this one. 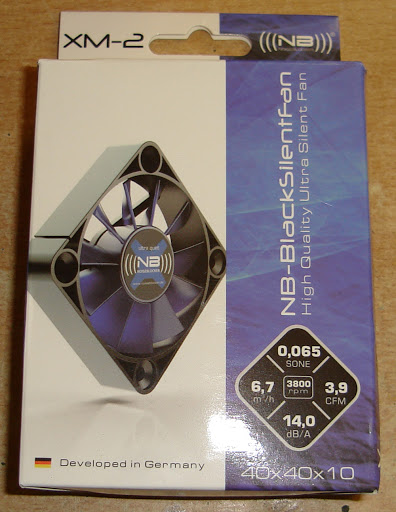 Noiseblocker Black Silent XM-2, it is very quiet still moves some air and most importantly was cheap (£7 posted). There is an MX-1 version too which is even quieter but it doesn't move much air so I wouldn't recommend it. The XM-2 is very quiet to the point you won't hear it during game play or if you have the motherboard installed in a cabinet. 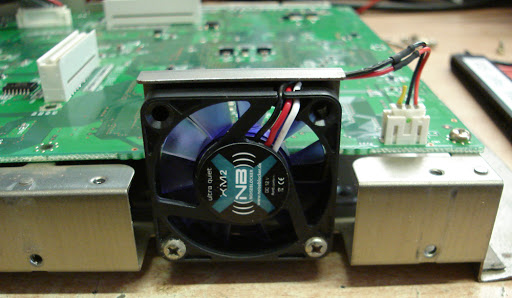 As with most things it's not just a simple case of screwing and plugging it in, you'll need to take the original cable and splice it with the new one as the connectors are different.
The third yellow wire on the original fan feeds ground back into the board from the black wire, since the new fans white wire is for sens this won't work and will cause your board to lose sound.
What you have to do is also bridge the second and third pins on the motherboard with a solder blob (this is also covered on arcade-project forums). 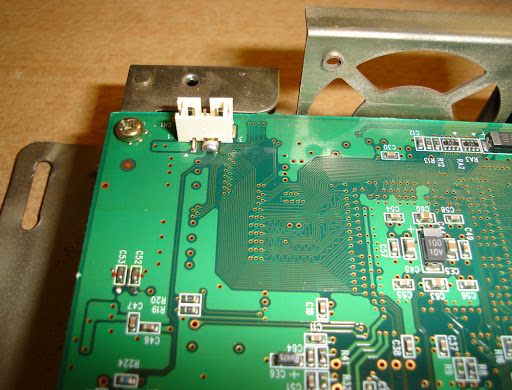 That's it, one quiet Atomiswave.

Now to try and track down some more cartridges.
Posted by Ace` at 12:08